The amazingl night Panorama over Trondheim's Canal with Northern Light 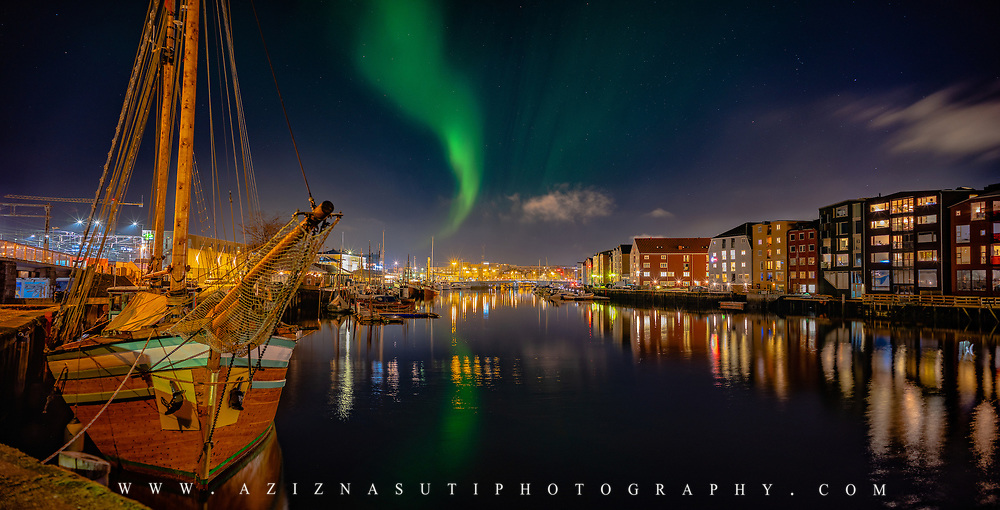