Gorgeous colors over Brygga in Trondheim

website: www.azinasutiphotography.com Ver special colors on Trondheim on 28 May 2018. I was very surprised to see such a strange but beautiful colors in the sky. At Nidelva's outlet there have been seaside stalls, breweries and warehouses all the way from the oldest times. Here the towners traded with goods from far and near. 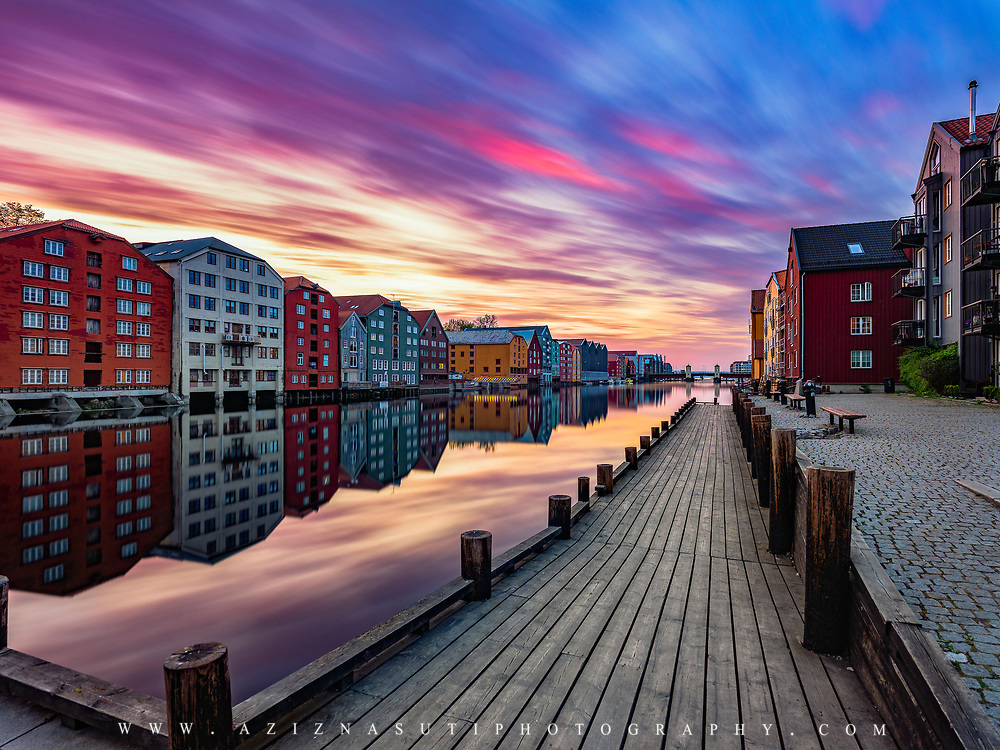